Together, we strengthen the Nordic financial industry’s resilience to cyber attacks.

Nordic Financial CERT is a nonprofit organization governed and paid for by its members in the Nordic financial industry.
It aims to have a hub in Norway, with local employees in Finland, Sweden, Denmark and Norway, connecting all the local stakeholders in the Nordic countries, including police, CERTs and others.

The purpose of Nordic Financial CERT is to strengthen the Nordic financial industry’s resilience to cyber attacks, by enabling Nordic financial institutions to respond rapidly and efficiently to cyber security threats and online crime. As a collaborative initiative, it allows members to work together when handling cyber crime, sharing information and responding to threats in a coordinated manner.

Financial sector collaboration in Norway has proven effective in providing communication channels, cyber incident and threat information sharing, and incident handling. Nordic Financial CERT takes this to another level and establishes a common collaboration and communication platform for the financial industry across borders. It expands existing networks by extending from the successful Norwegian model, FinansCERT, to bring all Nordic members together in collaboration, dialogue, support and partnership.

The initiative creates a joint effort to proactively identify threats, coordinate incident response, provide incident handling support, and ensure overall protection from various cyber criminal activities. This provides a safety net for small and large members, and is based on subject-matter expertise, dialogue, understanding the members’ needs, and prioritising the human factor in building and fostering networks of trust. It promotes a collaborative culture with information sharing to engage and protect the Nordic financial community and their customers.

Today each country has at least one forum for sharing information, knowledge, and Indicators of Compromise (IOCs). Unfortunately, criminals do not care about borders and, therefore, we should also expand our views to not only look in our own backyard, but also establish information about what is going on in the neighbour region, and learn from each other by binding information together.

Strengthen the Nordic financial industry’s resilience to cyber attacks, to ensure safe and trustworthy financial services in the Nordic societies.

Nordic Financial CERT enables Nordic financial institutions to respond to cyber security threats and online crime rapidly and efficiently. This will be achieved by:

Why have a Nordic Financial CERT?

Our Nordic members have shared and collaborated informally – and formally, but ad-hoc –  for many years already.

We are not starting at zero, but with the Nordic Financial CERT we are taking the next step – together.

Nordic Financial CERT was founded in Oslo, Norway June 26th 2017 and is built on FinansCERT Norge AS.

The journey so far

November 1, 2017 — Start transfer of the Norwegian members and agreements.

Chair of the Board

Vice Chair of the Board

We are always looking for new talent. If you are interested in joining our team you can contact General Manager Morten Tandle at morten.tandle@nfcert.org. We look forward to hearing from you.

The Nordic Financial CERT’s Articles of Association have been approved by the founders, Danske Bank, Nordea, DNB and FinansCERT Norway, on June 26th, 2017. The document defines, among others, the purpose of the Association, the Member’s eligibility, the Application for Membership, General meetings, the Board of directors, and termination of the Membership. 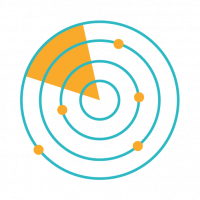 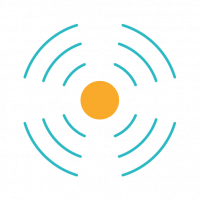 Coordinating response, including the use of resources in the network 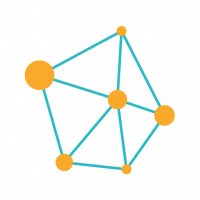 Information sharing community with members, and an extensive external network

Eligible members, vendors and partners for Nordic Financial CERT are:
Members: An entity that is a licensed financial institution or that is subject to the supervision of a financial supervisory authority of a Nordic Country is eligible to be a member of Nordic Financial CERT.
Vendors: E.g. key member vendors
Partners/stakeholders: E.g. government (police, national CERT, FSA, central banks)

The Nordic Financial CERT builds formal and informal relations with police, national CERTs and other government institutions in the Nordic countries – this is central to the way we work with handling incidents.

We are always looking for new talent. If you are interested in joining our team you can contact General Manager Morten Tandle at morten.tandle@nfcert.org.

We look forward to hearing from you.